Sandcastle is an internal system that builds, tests, and lands code, and is one of the largest services running at Facebook.

The Sandcastle team's servers were running out of memory and their jobs were getting repeatedly OOM-killed. About 5% of Sandcastle hosts rebooted unexpectedly every day. Scaling Sandcastle by simply adding new servers was no longer a possibility due to the crunch on hardware resources.

Sandcastle machines use Tupperware, Facebook's in-house containerization solution, to run worker tasks that repeatedly fetch build jobs from a queue and run them. Sandcastle was using memory from tmpfs (an in-memory temporary filesystem) for the build jobs. When the build processes were killed they didn’t release their memory because the system’s tmpfs was bind mounted to each worker. 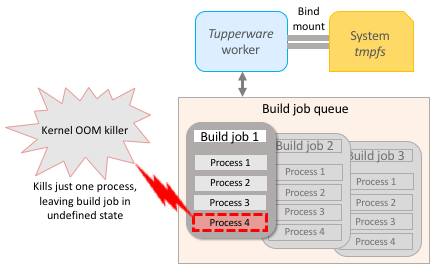 Another complication was that the kernel OOM killer would kill just one of a build job’s processes. Since the build job can't function without the dead process, it’s left in an undefined state. In such cases, all running jobs must be canceled and retried, taking nearly an hour before the host is up again.

The team wanted to create a cgroup architecture with the following objectives:

Experiments and testing led the team to the following solution: 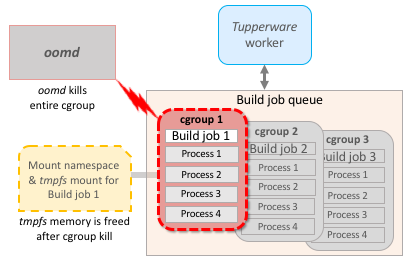 With each build job contained in its own cgroup with oomd enabled, oomd kills the entire cgroup and all its processes at once.

Tupperware no longer needs to clean up the task and restart it, since only the build job is killed instead of the worker itself. The Sandcastle worker notices the build job terminated abnormally and moves on to fetching the next job as quickly as it can.

The chart below shows a real-world Sandcastle memory usage spike. 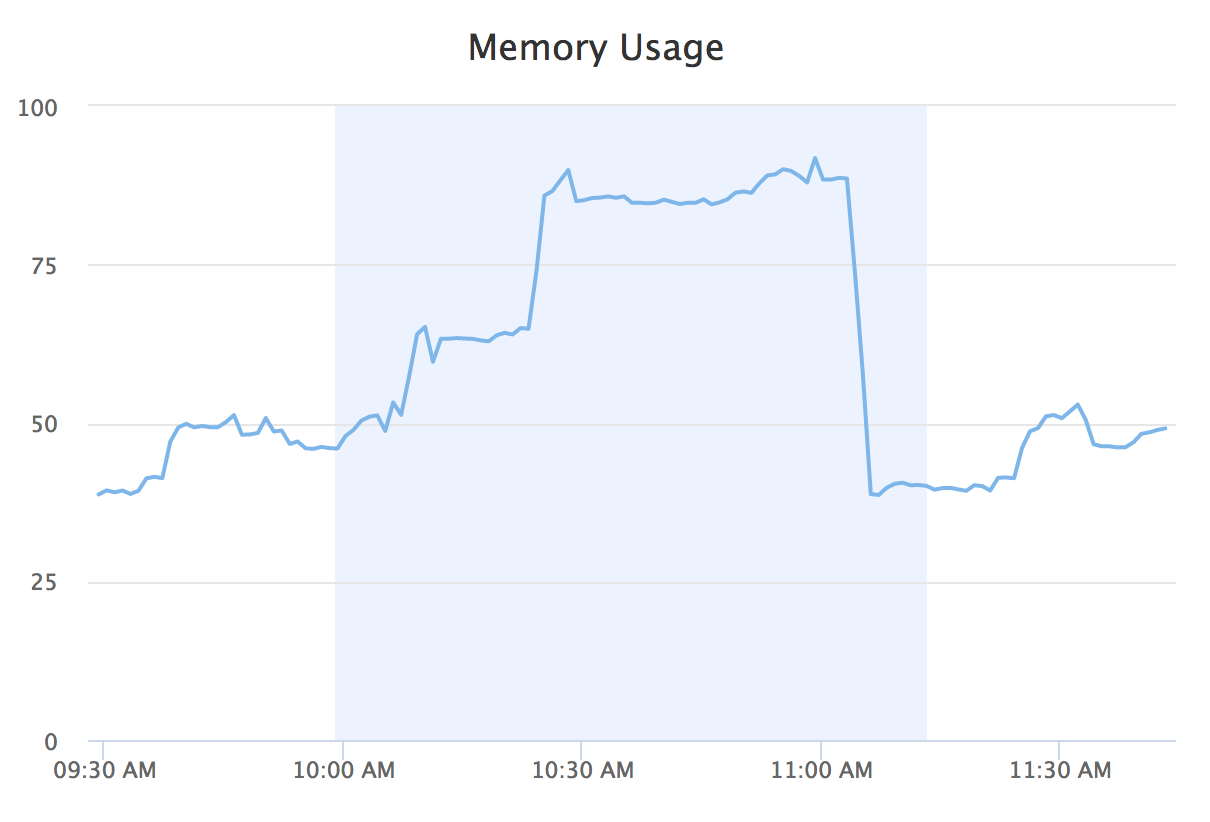 The corresponding oomd output log (located in /var/log/messages) shows the Sandcastle build job getting killed as a result of the spike in memory pressure:

This solution resulted in a big impact win for the Sandcastle team: since implementing oomd, the unexpected server reboot rate dropped from 5% to less than 0.5%. Post-OOM downtimes for Sandcastle machines went from tens of minutes to just seconds, driving a 10% capacity gain.

The increased reliability also significantly increased utilization, with a 35% increase in build jobs per host.